Back in February, I calculated an update to the Category IIB percentiles we used to publish in our Factbook. That post is here.

I’ve updated each graph I made for the earlier post. Those are below, with interpretation: 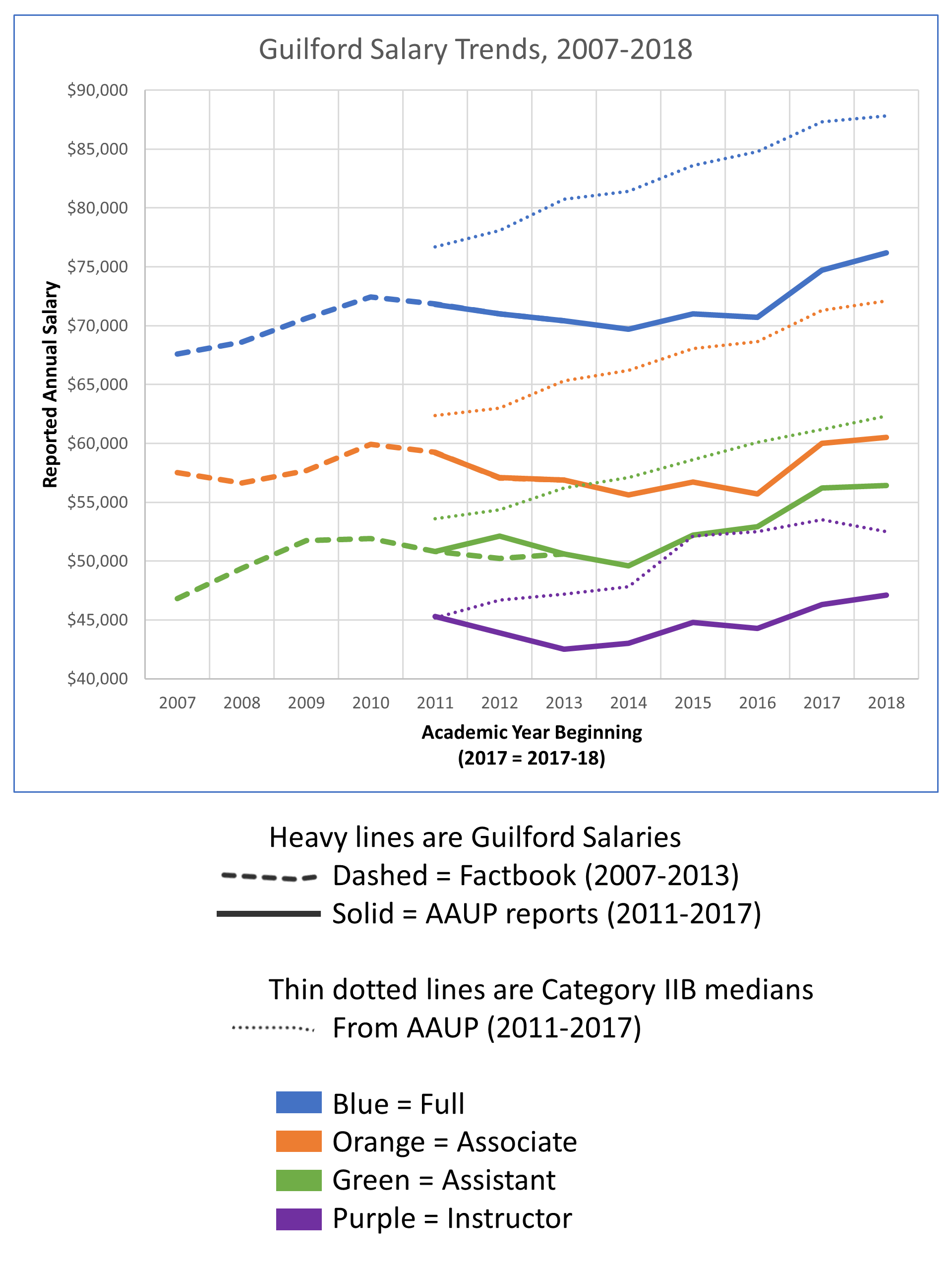 Here are my interpretations of the additional year of data. Please see the earlier post for a more complete analysis.

Here is the impact on our percentiles compared to other IIB schools: 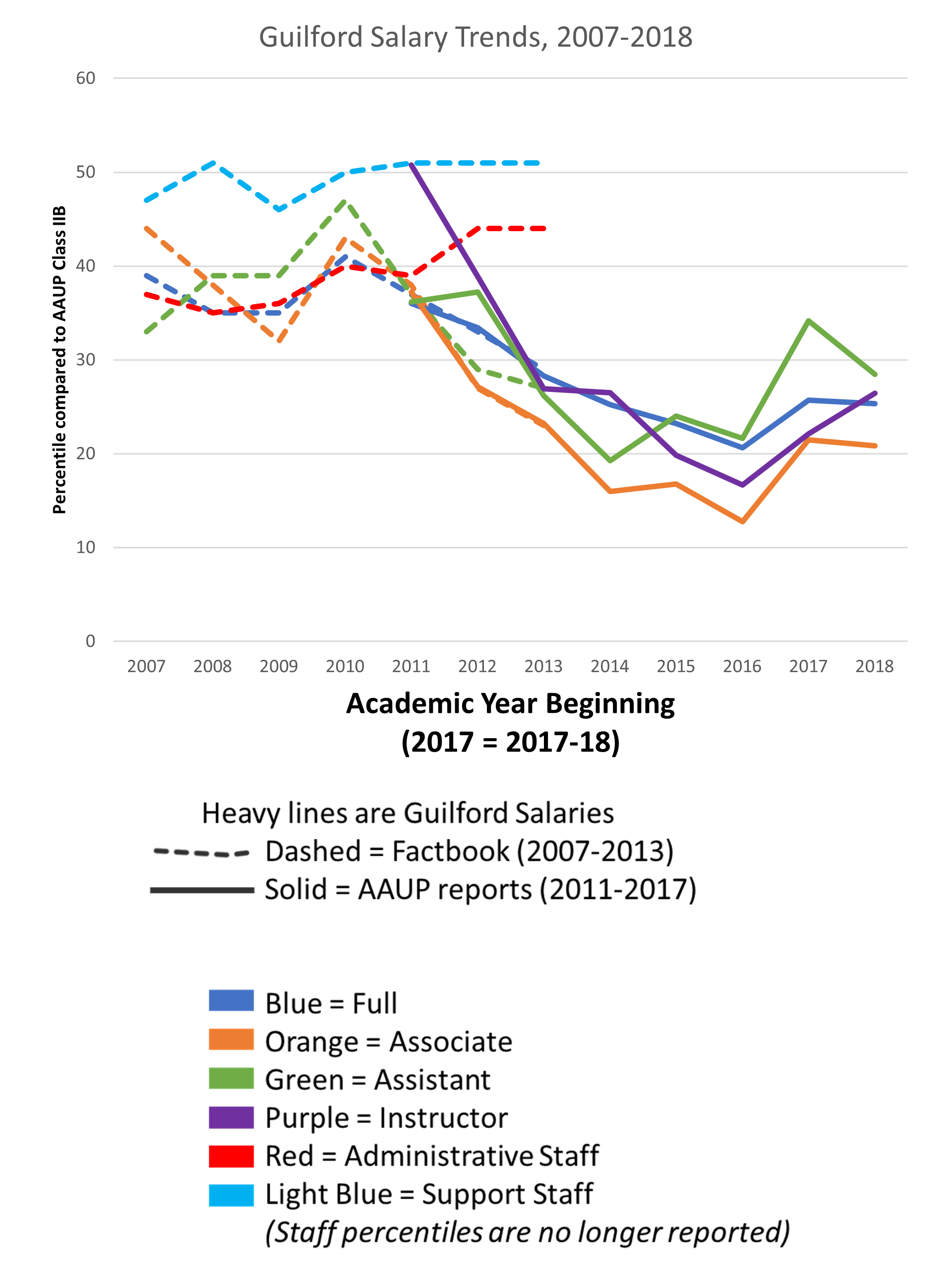 Remember that these percentiles are tracking a different thing from the dollar values above. The percentiles are only about our ranking relative to other similar schools, while the first graph is raw dollars.

Here are my interpretations of the additional year of data on percentiles. Please see the earlier post for a more complete analysis of the history.

Here are the raw numbers and last year’s percentage change in table form.

Not all of that needs to come from new revenue. Every year we have some more senior, more highly compensated folks retire, and if they’re replaced, they are usually replaced with younger, lower-compensated folks, which creates room for raises for remaining faculty without adding to the overall budget.

That’s how I see it. Let me know if you have questions.