I spent some time Tuesday collecting some numbers and looking back at Guilford salaries. My goal was to recreate some of the numbers that Guilford used to report in its annual Factbook. That Factbook no longer exists, as far as I can tell, and the reporting of salaries compared to standards fizzled out in about 2013. So, it’s been a while since we had a comparison like what we used to have.

The target group we used to use for salary comparisons was Category IIB, a classification that includes institutions that grant primarily baccalaureate degrees. Guilford far exceeds the minimum degree requirements for this category and is nowhere near the postbaccalaureate degree requirements for Category IIA, even with our new Master’s program, so it’s clearly where we belong. More on these categories is available here.

I collected and processed the last seven years of the AAUP Annual Survey, which collects reports from most higher education institutions and produces an annual report. These reports are here. I selected only the Category IIB institutions in these reports. Guilford consistently reports to the AAUP like every good institution should.

I also have a record of many years of Guilford’s self-reported salaries and comparative percentiles, which I collected from the Factbooks back when they were available. I have those covering the years 2007/8 to 2013/14. These included faculty salaries at different ranks (also reported to AAUP) and a calculation of percentiles compared to the Category IIB pool. These reports also included percentiles for two categories of staff – administrative and support staff. I don’t have the data to extend these staff reports to today, and I’m not sure what data sets were used to created the reported statistics. 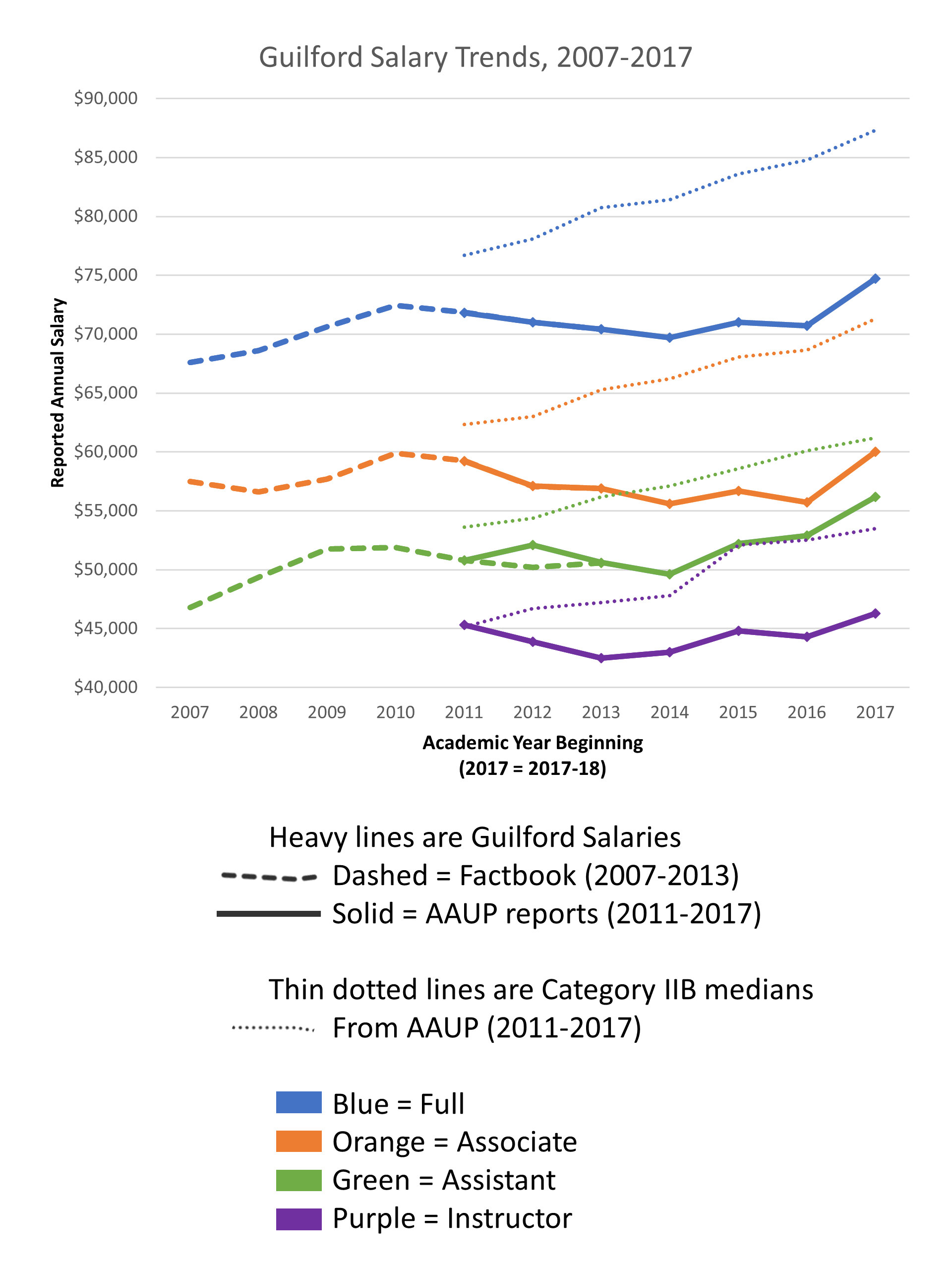 The dashed lines and the solid lines (representing Guilford salaries) overlap for three years, 2011-2013. As you can see, even though one was reported by Institutional Research and the other produced by me, they agree very closely, except for one blip in assistant professors in 2012. That gives me confidence that I’m doing this mostly right.

Here are insights I draw from these data sets:

I also calculated percentiles, which I can also compare to past reported data. Those calculations are shown here: 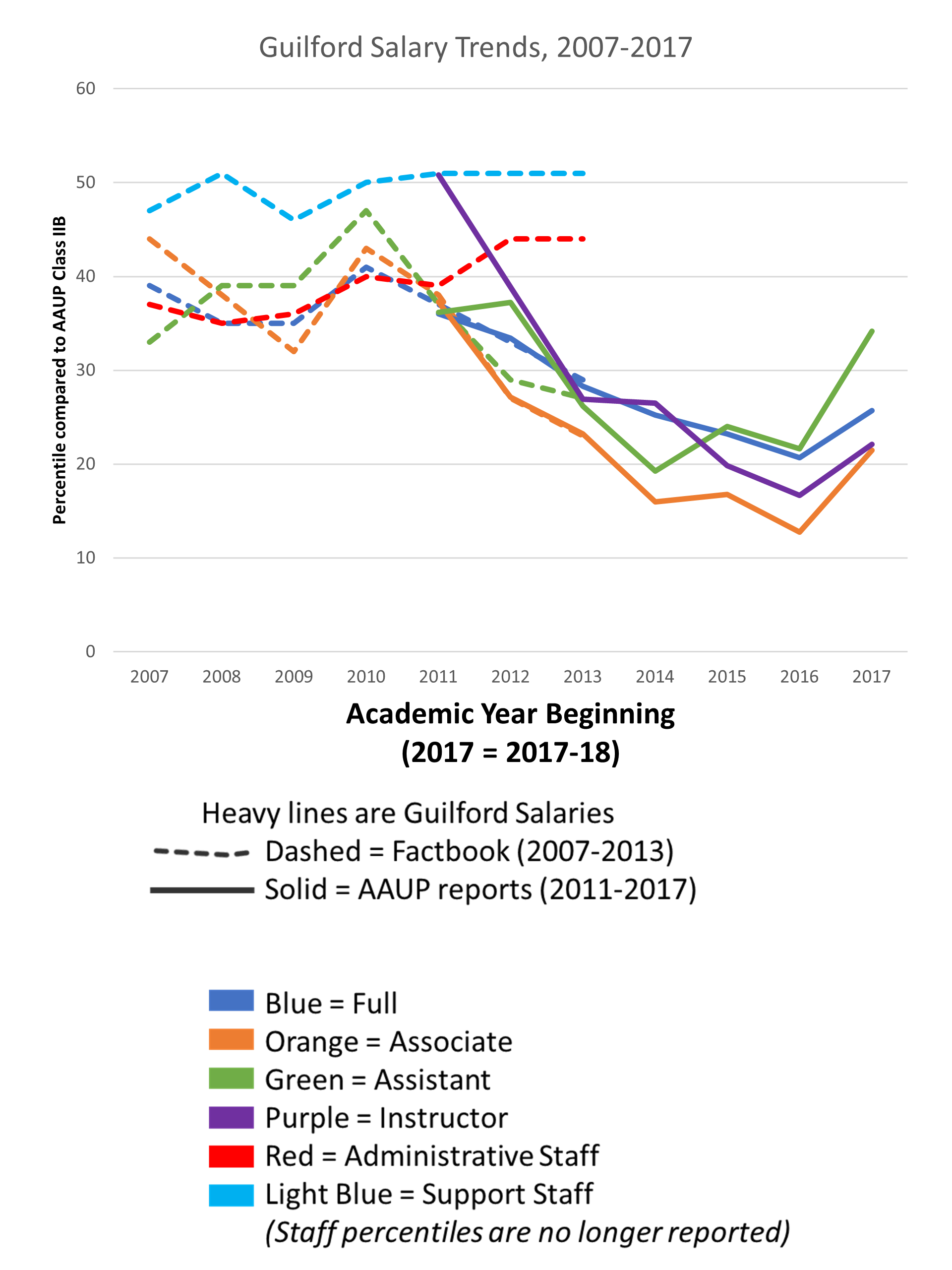 The values for the two categories of staff are no longer reported, so they only extend to 2013. Again, there is mostly agreement between my numbers (covering 2011-2017) and the Factbook numbers (2007-2013) where they overlap, except for one year of assistant professor numbers.

Some observations from these data sets:

One caveat – there was a very significant number of retirements (and, sadly, deaths) among senior faculty in the 2016-17 academic year – without looking it up, I think it was 8-10 people. By itself, that would likely be big enough to affect the average numbers for Guilford full professors, as would any year with a hiring freeze for assistant professors, but without specific numbers I can’t determine the magnitude. Obviously transitions and promotions at other ranks would have an impact as well.