Mike Poston recently presented some materials to Budget Committee on the state of the two campaigns, one $60 million campaign just completed, and the $15 million bridging campaign just beginning now. In the survey I did last May, many people requested more information on the college’s advancement efforts, so I thought you might find this interesting. Remember that most of the totals here don’t represent cash-on-hand; many campaign contributions are pledges for future contributions or bequests in estates which we do not receive until later. Here are some of his slides, shared with permission (click on them to biggify): 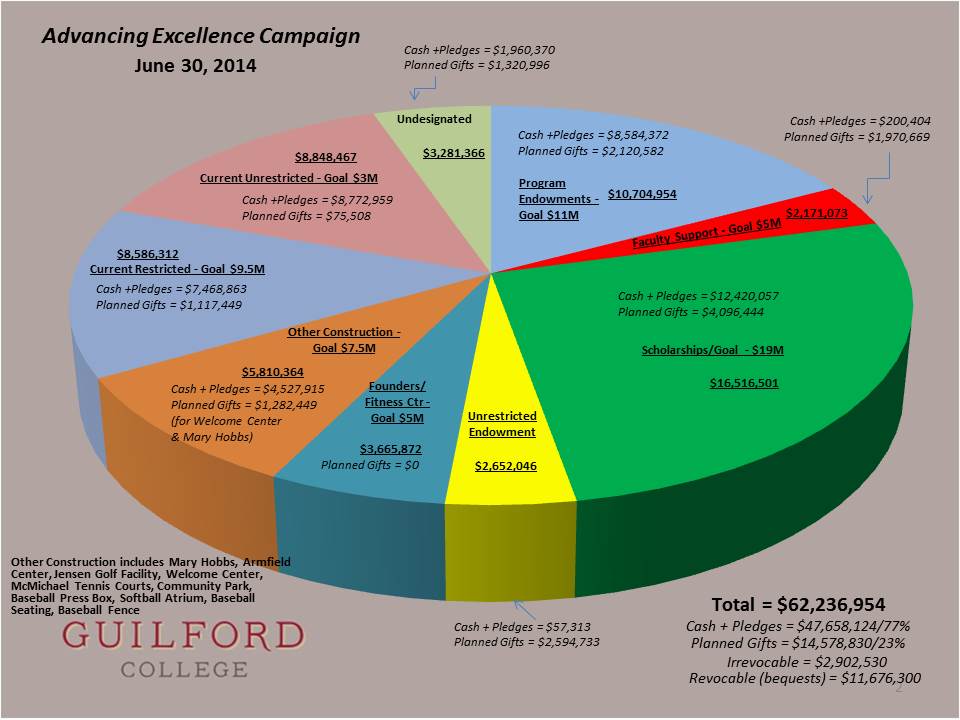 This slide shows the breakdown of gifts received during the Advancing Excellence campaign which just ended this summer. It came in at a little over $2 million over its $60 million goal. Note that we did better at reaching our goals in some categories than in others. 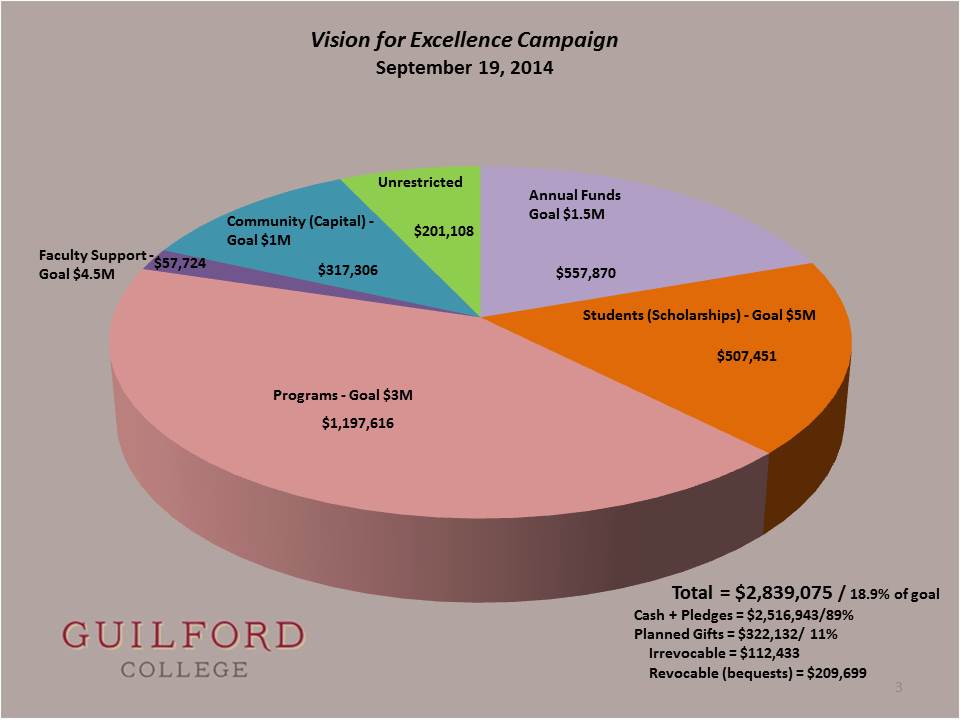 This slide shows the breakdown of goals for the upcoming bridging $15 million campaign. The extra money (about $2.2 million) from the last campaign was carried over into this one, which is why the current total is about $2.8 million here. Again, we are doing better in some categories than in others. 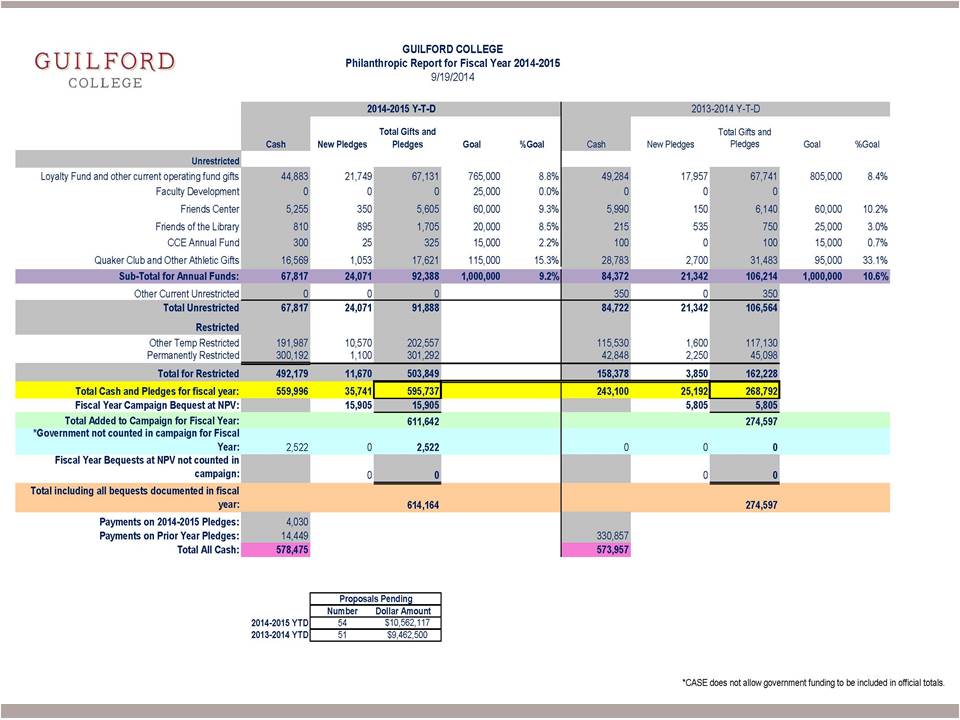 This table shows a comparison of contributions between last year and this year with dollar amounts received by category. 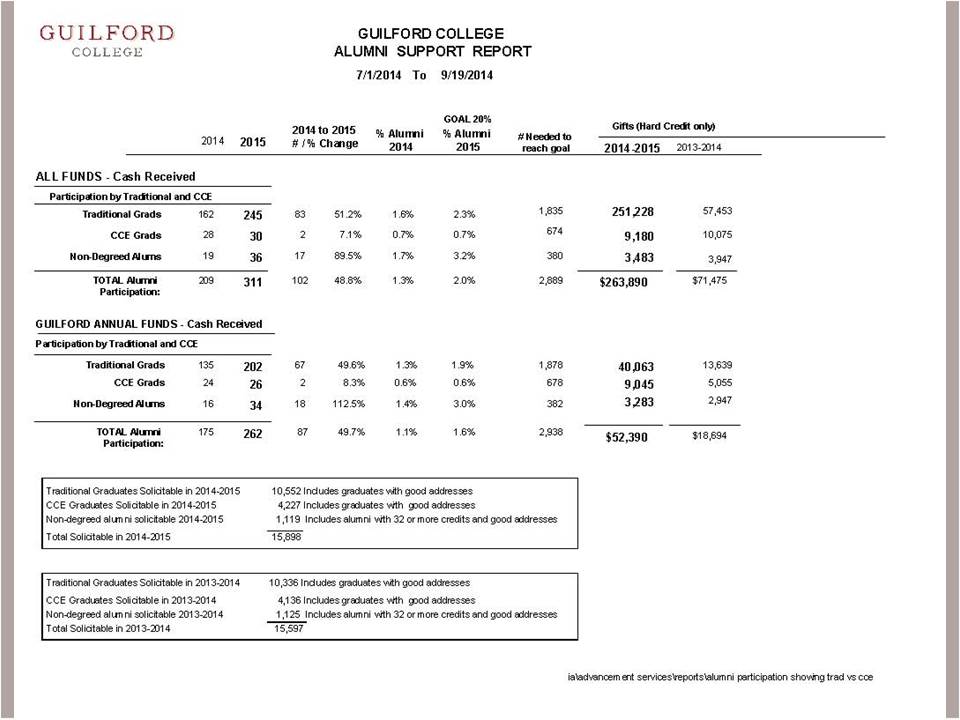 This table shows the increase in alumni participation between last year and this year – it appears that alumni are more generous with their donations this year. The reasons for this are not perfectly clear, but Mike thought it might have to do with the arrival of Jane and the launch of the new bridging campaign.