Frank put up a slide at yesterday’s faculty meeting comparing the credit hours in the current curriculum to an implementation of the 12/3 plus the Q major as has been described in recent discussions. I had a chance to look over the numbers, and I found a couple of what seem like minor calculation glitches (or maybe just different assumptions) along with a larger quantitative problem. I shared this with Clerk’s Committee today, but I thought the rest of you might be interested. Here’s the diagram with some edited numbers: 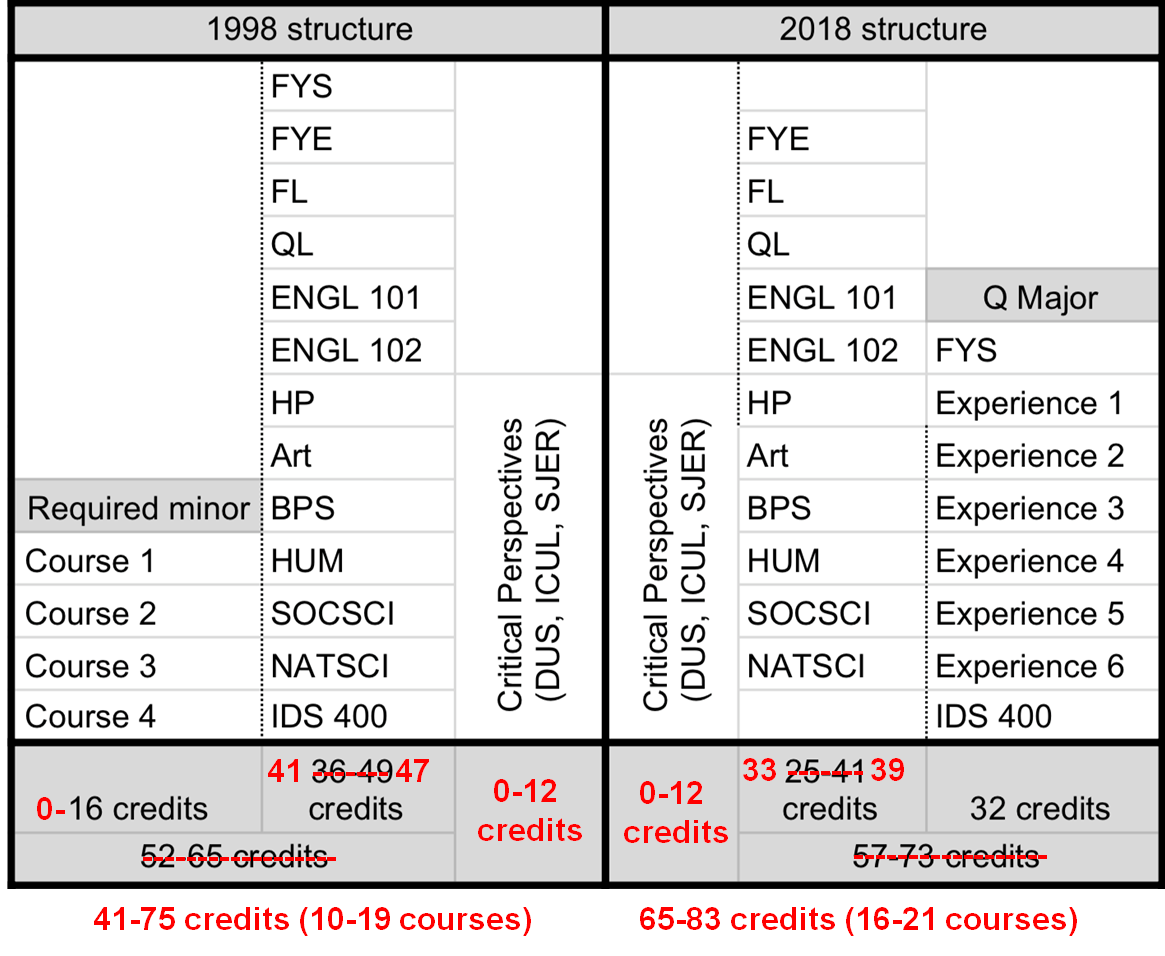 The edits are as follows:

Of course, one of the Breadth requirements can often count towards a major (although not all do, and not all students take them this way). So, that might reduce the higher end of the range by one for some students.

So, we’ll need to address this. One way is the way we have been doing, by allowing the Q major to double count with regular majors in the way that minors do now. However, to keep the course totals the same, we’d have to expect that students would double count four Q-major courses (which would likely be 4 of the 6 courses outside FYE and IDS) for either Gen Ed or their majors. That is very hard to reconcile with the Q-major being unique or structured, if it’s a hodgepodge of things that count for something else.

Another way would be to chop a bunch out of the non-Q major part of the Gen Ed. The easiest candidate for this is probably the five Breadth requirements, if we could somehow ensure that each Q major would include at least the components that SACS requires in Gen Ed (humanities/fine arts, social/behavioral sciences, and natural science/mathematics), or perhaps all five of our existing Breadth requirements.

If we were to cut the Breadth requirements from Gen Ed and house them in the Q major, we would be back at a more manageable 45-63 courses, which is comparable to the size of the current Gen Ed.

There are probably other ways to address this as well, such as a full Gen Ed revision (which we’d almost have to do anyway if we pursue the Q major). But we can’t not deal with it and just add things.