The current proposal includes disciplinary incentives at hiring initially, but recommends phasing those out over time as salaries reach target levels, eventually reaching equality across disciplines. This is described as the “Dickinson Model” in the proposal.

The initial incentives, up to $15,000 between the top category of disciplines and the lowest category, are mapped out draft form in Appendix 2 of the committee’s report: 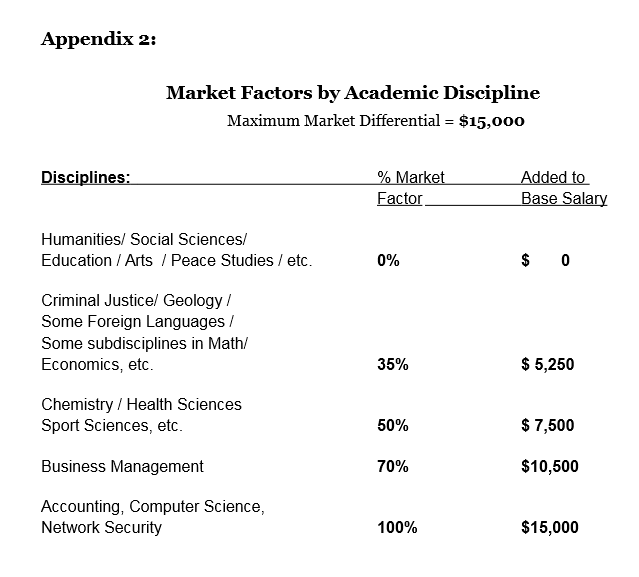 The report also includes an example of how those incentives and differences might phase out over time. 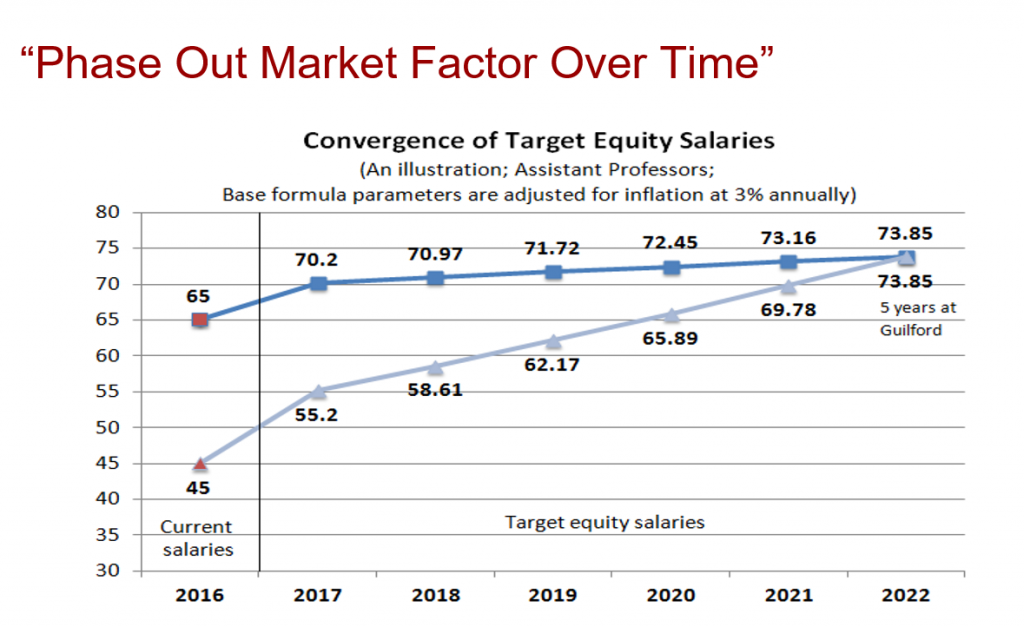 The market factor values in the proposal are adapted from the College and University Professional Association (CUPA) Human Resources survey. This information is on the CUPA site here. I’ve included a graph of the data below, in which I’ve tried to match their categories to the closest match at Guilford. It does not seem to match exactly the categories in Appendix II, but I’m not sure why. 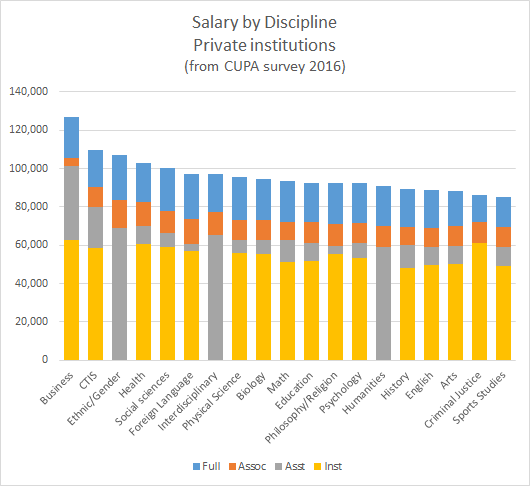 The current thinking is that we will use our internal disciplinary differences to set the disciplinary premiums rather than external market values. It is not clear exactly how that would be applied.

Please enter your comments and questions below.